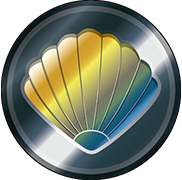 The CLAM network is secured through a unique system called Proof-of-Working-Stake (POWS), or as we like to say, Digging for fresh CLAMs! Approximately once per minute, the network automatically selects one running unlocked client to process recent CLAM transactions, rewarding them 1 CLAM. This process happens entirely in the background. If the network selects your client, then all you’ll notice is that you’re 1 CLAM richer! This POWS system is the heart of the CLAM network, providing security and stabilizing the price over time.

To understand POWS, think of your CLAMs as raffle tickets. There’s a drawing each minute and the winner is rewarded with one freshly dug-up CLAM. While the prize always remains the same, your chances of winning vary according to how many tickets (CLAMs) you have.

POWS is an evironmentally friendly alternative to Bitcoin’s Proof-of-Work (POW) system. POW requires that users solve increasingly difficult math problems. This has created a hardware arms race that consumes massive amounts of electricity worldwide. With CLAMs POWS, it makes no difference if you’re using an ancient laptop or a quantum supercomputer!

POWS secures the CLAM network from double-spending just as POW does for Bitcoin. About once per minute the network selects one client to verify and process all pending CLAM transactions. A reward of 1 CLAM serves two fundamental purposes. It provides incentive for users to keep their clients running, which increases network security. The reward also helps to stabilize the CLAM price and supply over time by replenising CLAMs that are lost or destroyed by users.

Note that Proof-of-Working-Stake refers to CLAM’s unique implementation of Proof-Of-Stake. POS conventionally provides reward to staking users in proportion to the age of the coins they stake with. This results in what essentially operates like “interest”. It also, however, removes the incentive for users to stake consistently and secure the network. There is no incentive to stake now, as opposed to later, if the reward for doing so will simply accrue until that user chooses to stake and claim it.

POWS, like traditional POW, is designed to align incentives to stake with the benefit to the network of persistent competition for blocks. Therefore, a CLAM on the network is more akin to a POW miner. A CLAM represents something somewhat similar to a unit of hashing power in a POW network. If you do not stake (turn on your miner), you do not have the opportunity to be rewarded for securing the network.